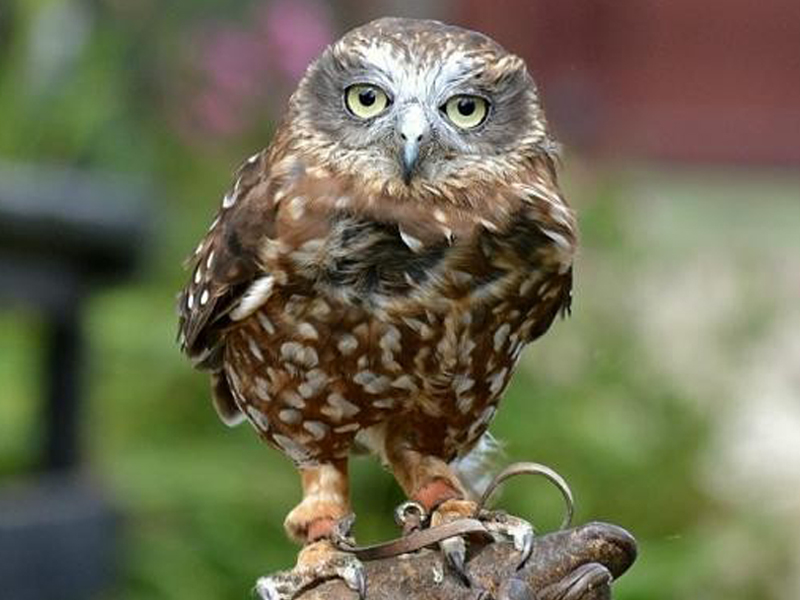 Buck the Boobook Owl is named after it’s native name‘Buck-Buck’ which was given during the early days of colonisation in Australia. This bird makes a similar noise to that of a cuckoo. Buck’s species of owl is the smallest owl on the Australian mainland and is the most common and widely distributed owl on the continent. Buck is a very sweet little owl with big bright eyes and a lovely temperament.